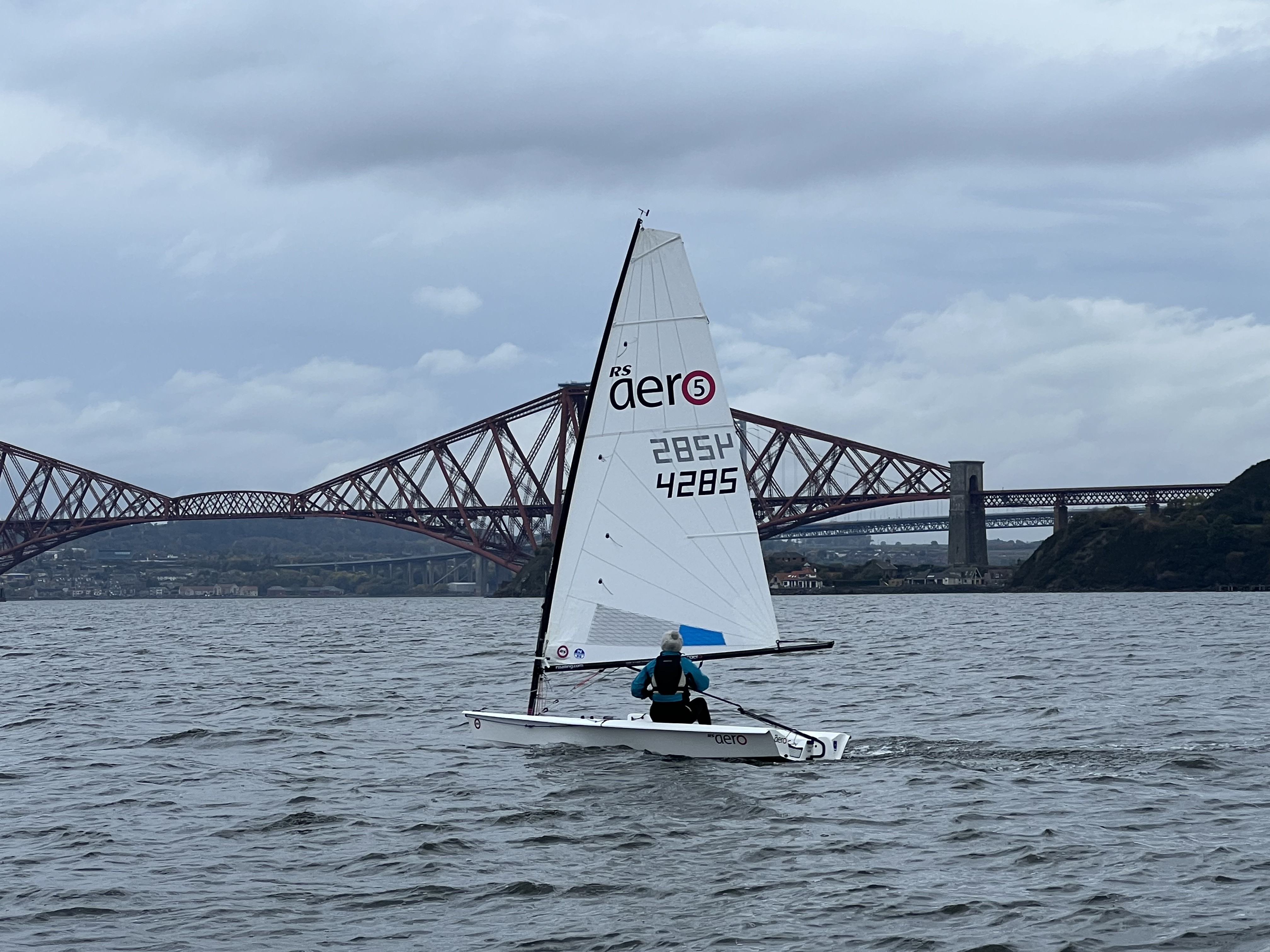 The RS400, RS Aero, Waszp and Scottish Skiff fleets descended on Dalgety Bay Sailing Club last weekend (22 and 23 October) for some late-season racing and a chance to test out the club's epic new launching facilities.

Several of the sailors who arrived on Friday simply couldn't wait for morning and hit the new slipway straight away to make the most of some pleasant afternoon training conditions. Others decided to head to the club bar for their last-minute practice with some possibly over-exerting themselves before the event had even begun.

Saturday morning dawned with the fleets being presented with conditions that could only be described as 'dreich' (a Scottish term for low cloud, fog, rain, and no wind) but with a forecast that contained a glimmer of hope for a change in conditions at some point in the afternoon. The race team held their nerve as long as they could but with daylight in short supply at this time of year, a final call was made at 3pm that there would be no racing for the day.

The forecast breeze eventually made an appearance and several boats headed onto the water and the safety cover even organised some short training races for those interested. Once ashore the fleets made the most of the catering on offer and headed for an evening in the club bar.

When sailors arrived at the club on Sunday morning, they were greeted with a light but consistent easterly wind aligned with a strong rising tide that would catch a few out over the course of the day. Fleets quickly launched and headed for the course area where the race team delivered four short and interesting races in varied conditions which started out around 5kts and peaked at around 15kts for race 3.

In the RS400s Stewart and Sarah Robertson showed the fleet a clean pair of heels in race 1 before losing out in a tight battle with John MacKenzie and Andy Box for 2nd place in race 2 in which Keith Bedborough and Hannah Robertson took the win. It was back to winning ways in race 3 for the Robertsons and with it, they sealed the event win with a race to spare. John and Andy took out the final race of the day being rewarded for their consistency across the conditions with 2nd overall ahead of Keith and Hannah.

The fleet of RS Aeros raced on a trapezoidal course and in race 1 Ian Renilson combined his local knowledge and a clean start to win by a distance followed by Luke McGill. Race 2 was a struggle for those in Aero 5s and 6s and while the racing at the front was closer saw a similar result. As the breeze increased for race 3 Luke took a race win and Isabelle Small in an RS Aero 5 snuck in for 2nd ahead of Ian in 3rd. Normal service was resumed for race 4 with Ian winning, Luke in 2nd and Isabelle in 3rd which would also be the overall podium.

The Scottish Skiff fleet saw two 29ers and an International 14 join a large group of Musto Skiffs. Racing was tight, particularly among the Musto Skifffs with Bill Maughan taking the victory in race 1 who despite a 5th place finish in race 2 would go on to take the overall win with two 2nds in the stronger breezes. Race 2 was won by Ian Escritt followed by Ben Schooling who also put together a consistent series to finish 2nd overall and the International 14 of Josh Kerr and Ali Kent in 3rd. Jono Shelley delivered a typically strong performance when the breeze rose for race 3 with Jamie Hilton also jumping up the fleet to take 3rd. In the final race of the day, Josh and Ali enjoyed the longer course sailing the International 14 to victory followed by Bill with Ben in 3rd.

A collective sigh of relief could be heard from the Waszp class when the wind strength increased for race 3 - even from Steven Forteith who had dominated the two marginal foiling and mostly low-riding races. In race 1 he was followed in by young gun Roo Purves and newcomer to the fleet John Wilson after a significant reshuffle on the 2nd beat. Race 2 saw Ian Fitzgerald take 2nd and Duncan Hepplewhite cross in 3rd place. With the boats climbing onto their foils in races 3 and 4 Tom Mitchell also climbed the fleet taking the win in both races with Steven taking 2nd and Roo 3rd. Steven's consistency saw him take the overall win with Roo in 2nd and Tom paying for his light wind results in 3rd.

Full results for all classes can be found on the results section of the Dalgety Bay Sailing Club website: Results

The race team ably led by Gavin Homer and assisted by Margaret Tait, Helen Halstead and committee boat captain David Williams did a truly brilliant job to deliver excellent races in challenging and variable conditions so the thanks of all those who took part must go to them and to the army of volunteers who assisted them in making the event possible.

Thanks also to all those who made the trip to Dalgety Bay for the weekend. Everyone at the club is looking forward to welcoming you all back in the future for even bigger and better events once the redevelopment of the facilities is fully complete. 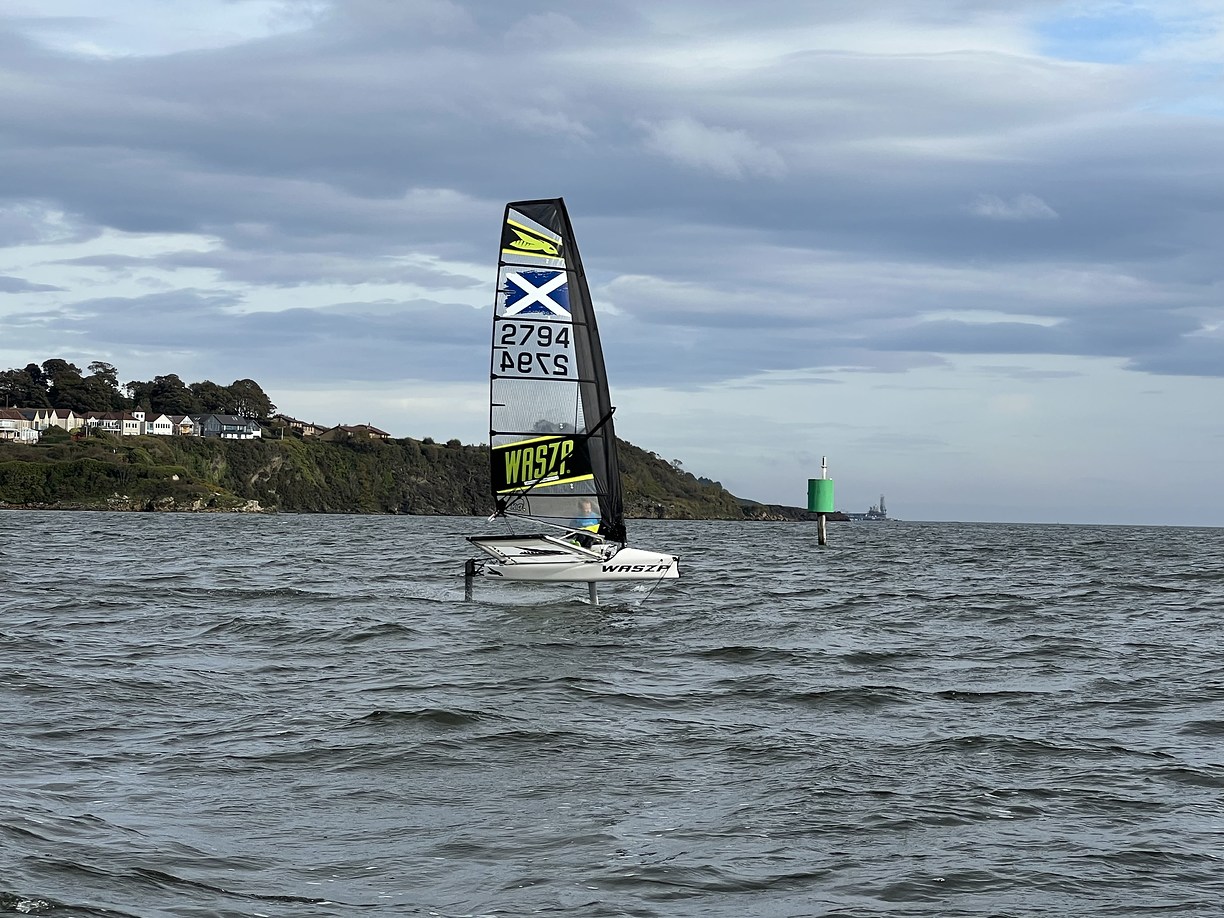 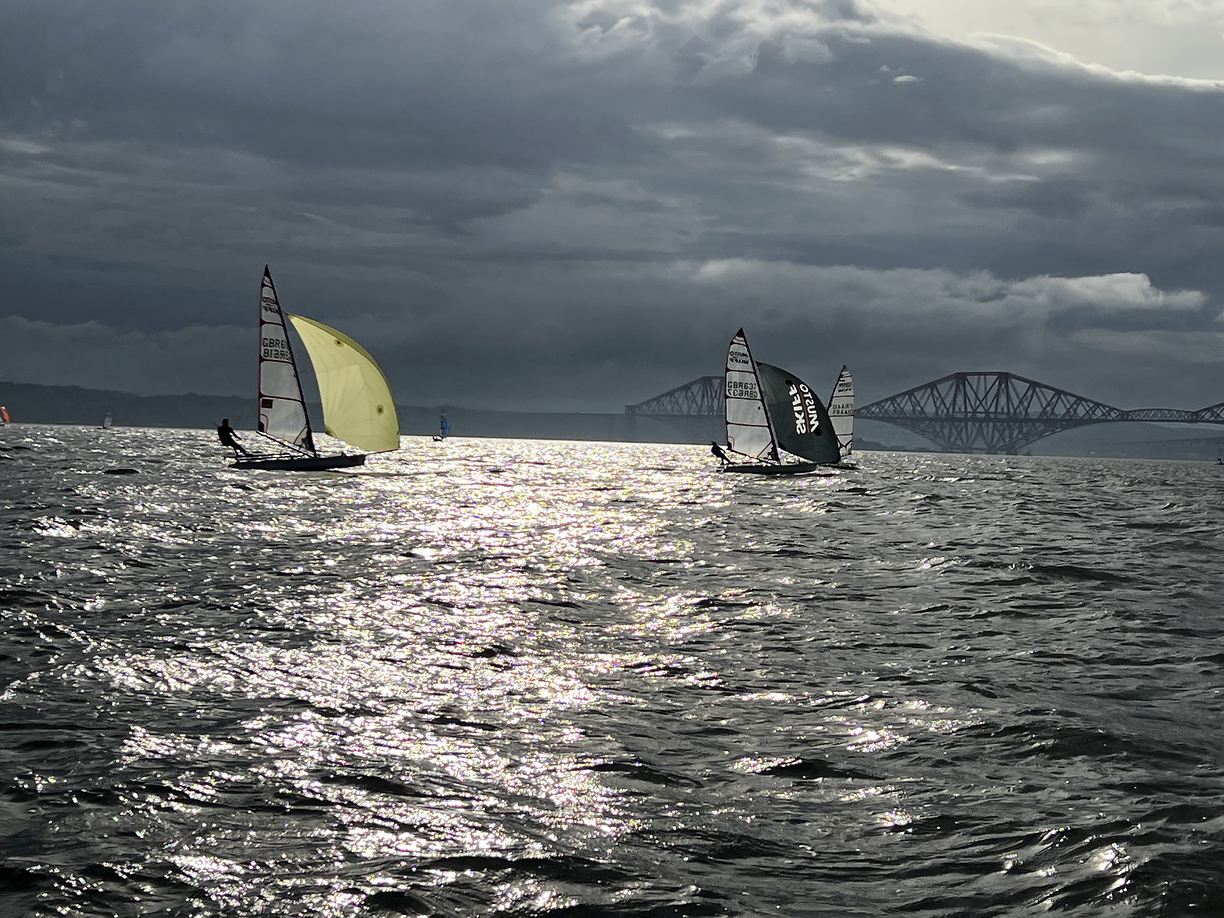 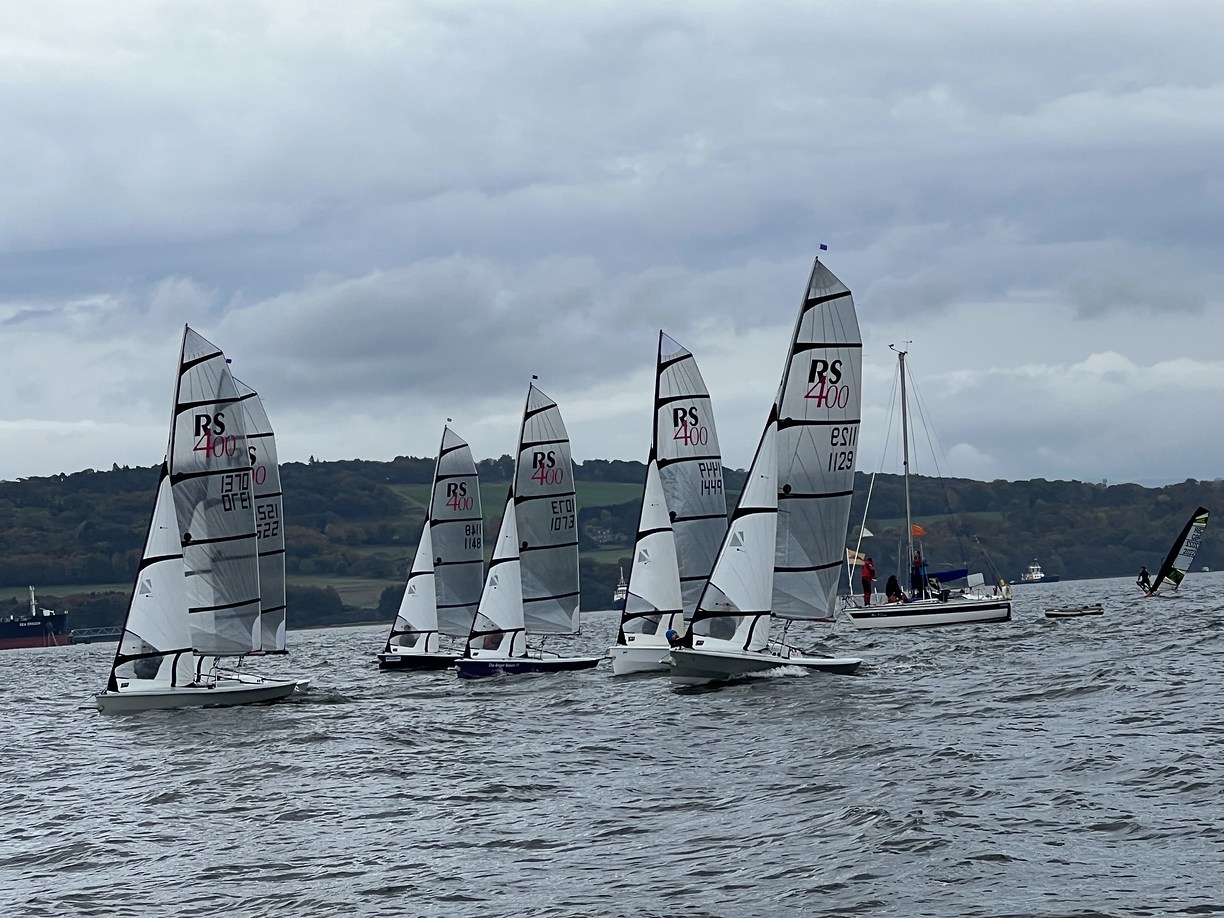